After a great research, now we are back with the best and Lightest launchers for Android. Android is the best in terms of customization. The beauty of Android is that a user can mold it in any way which he want. It always has the upper hand when we talk about flexibility and customizability, that’s why most people of the world like Android OS. Android gives a chance to user to modify the interface looks of your device and make this according to your choice. If anyone has an Android OS device since long and getting bored of its look then there is no need to change your device. Android launchers can make Android phone more beautiful, decent in look, nice in feel and stylish, but beauty is not enough, the size of a launcher is equally mattered. Mostly devices need launchers with limited memory. So here we are especially focused on the less memory of the launcher.

Android gives us an opportunity to make our Android beautiful via customization but also make this fast. It is only possible with the help of Launchers, but Launcher must b light in weight. My guide is all about light weight Launchers. Today I’ll show you the top Android Launchers (lightest and Smallest) which you can freely use on your Android device.

Following are the best lightest launchers for Android which can b used on your Android smartphone for beauty and super fast speed. These launchers are not the only small size but also have new features and functions.

Apus is the top launcher among all. This is considered the first lightweight and fast Android Launcher. The size of the Launcher is just 2 to 3 MB,  having less space it still manages to deliver a useful experience. It is designed to organize your Android smartphone to make it easier to find contacts, applications, and other things. Apus can also add onscreen notifications for calls, SMS and other social media apps. It is good to save the power of Android device. It has nice themes and wallpapers which can b used for the better look of your device. It is mostly used on old Android devices so the developers designed this less for customization and more for beauty, speed and smoothness. In last Apus is best to improve your Android device beauty, stability, look, smoothness, brightness, greatness and user experience. Must install and try this. 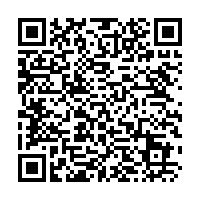 AWD is one of the oldest launchers. It is fastest and best working Launcher. It is beautiful in look and great in work and speed. After installing it gives completely new look to An Android device. It has so many themes and skins for changing the look of the device. It has great features, smooth experience and good customization tweak for Android device. Using AWD you can configure your apps in unlimited groups and you can hide unwanted apps. Giant screens to add an editor,remove, swap and resize your desktop screens. Have new AppWidget picker for a device running on Android 4.1 and newer Android versions. It has 10 different app drawer styles along with 3D effects pics. Here you can share desktop configuration with friends and others. Finally, it is compatible with Android versions from 1.6 to 4.1. 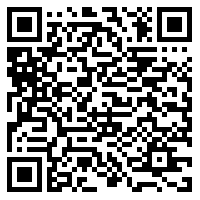 Next Launcher is the best in the line of lightest Launchers. Next is the better in customization. If you want to try something new to your old smartphone then the Next Launcher is the best choice. In this launcher the 3D effects are awesome, we can say this is first and only e-ankaraescort.com Launcher applying real 3D Visual, Technology, into interface design. Next is really A gorgeous app of new millennium packed with dynamic effects and 3D elements, this all will give you a different and brilliant visual enjoyment and better feeling. In Next Launcher, you can build unique icon style by changing its size, style, angle, and label using Icon Editor. There are 8 different gesture available in home screen and app drawer which are amazing. Overall experience is awesome and a user won’t deny using its premium version one someone trying this. 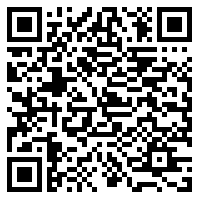 CM Launcher is most popular Launcher, we can imagine the popularity of CM Launcher with its Google Play rating. It has 4.6 stars out of 5 which is amazing and this is really a proof of trust on CM launcher. CM is world’s first launcher powered by the 3D engine. This launcher will give lighting speed, stunning 3D effects and customised operation on your device. CM launcher is specially designed and powered by most advanced 3D animation engine having elegant and simple 3d screen navigation. It has good looking 3D clock and weather widgets along with dynamic display on all apps and App drawer. The speciality of CM is its speed, with a small size it can boost phone speed 100 percent. It has thousands of good looking and stylish themes which are absolutely free. It has built in function to clean the battery draining issues automatically. It has also best anti-virus engine which keeps your phone away from malware and privacy leak. It can automatically sort your apps into folders which help’s to keep your desktop tidy. 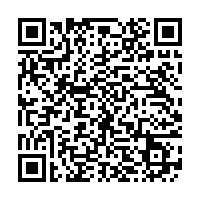 Hola Launcher is a new launcher having a great rating on Google Play Store. It has new features which make this Launcher better among others. It has new transition animations similar to other authentic old Launchers. It is less in space but have mare amazing features when we compare this to the other great Launchers. Hola is the mixture of two Launchers, fast as Donal Launcher and innovative as Buzz Launcher. It is less in space and good in speed. It is packed with new and great features requires minimum RAM of Android. Hola is award winning Android Launcher of 2015. It has 10000 elegant, high-definition icons to set your Android smartphone apart from the rest. It has new stylish Clock and weather widget with multiple functions. It has direct access to the latest news in a single click. Swipe down option gives an access to the internet and for installation of apps easy and quickly. It has an option of automatically delight you with a new attractive wallpaper each and every day, so enjoy every day with a new free wallpaper.

Hola Launcher is less in space having 3MB space, which is easy in download and install which keeps your Android smartphone fast and responsive. A user can customise this with amazing themes and beautiful wallpapers. Using single click free up memory and speed up your device. For privacy hide up your Apps on your desktop. Home screen notifications keep you closer to your friends and family. Just double click on your desktop and easy lock your screen of the phone. It has weather forecast report for the next week. Manage your apps in specific folders like Games, Apps, tools, Health, News, Social Media apps and others. My suggestion is must try Hola Launcher one time, you will b pretty satisfied. 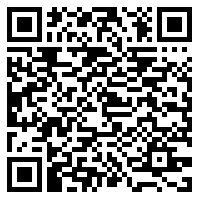